If you know me today, you know that I do not say the word hate. I just don’t. With many other things, it just invites negativity. I will say I do not like something or I don’t prefer it and so on. Well, again, if you know me you would know how much I dislike to be alone. It used to be complete madness. Chaos like no other inside my head when I was alone. I could not stand it. Silence was deafening. My thoughts, guilt’s, and shames would drown out any rational thought. I would literally start to pace and panic when and if I was alone. I could not even escape it by going to that place I have created in my mind specifically for this sort of thing. It was crazy, to say the least. I’m not positive but I think it is or was because I never confronted anything. Never faced my own personal fears and insecurities because I didn’t know how. All I used to do is run and gun. Get numb fast and hard was all I knew. It did work for a while until shit just spilled over into everything and everywhere. Different worlds not ever intended to know the other existed were colliding and causing such severe problems that running and using as many drugs as I could without dying was the only option that made sense. It’s a vicious cycle I lived my entire life, adult, and child. Now, even though I did everything in my power to not be alone, it happened. The very thought of it would drive me into an irreversible panic attack that not even being with someone would cure. Drugs became my best friend and then I was never alone. They were everything and anything I wanted or needed them to be and they never said no to me. All I had to do was every unspeakable act to get with them. So when I came out here to rehab I was forced to face this fear. I wasn’t alone so to speak, but around other addicts and prison parolees that didn’t talk much if at all. So the phrase alone in a crowd was born with me. The demons in my mind loved this. They taunted me without remorse or pity of any kind. This along with a mediocre dope game made not only recovery damn near impossible, but maintaining my sanity was just another what seemed to be useless dream. An out of reach common inner peace I had accepted not ever knowing. I did not know what to do or even how to explain this to anyone. Panic would take hold of me like a lead blanket, cold and heavy. That’s when I began to really pray. I dont mean help me Jesus and I will be good forever type of shit, but really talking to God. Balling my eyes out was more like it. The panic attacks would be so bad I would vomit and see stars, sometimes even black out. Praying became a norm, as did church and a Bible very soon after that!!! I learned how to pray that worked for me real quick. I started going to church and really listening. I would talk with one of my bunkies, who was older and wiser in many ways I needed him to be. After a few days I began to see my prayers being answered. You see God has always been there for me, I was the one who refused him. So when I started to really read the Bible and listen at church, I learned a lot about myself and God. Our relationship has and is growing stronger every day. I began to pray for things like strength and courage. He would answer with opportunities for me to do this, not a shield to protect me. For me facing them and learning how to deal with them without harming myself is my shield. Once I realized this my life changed. Many good things began to happen. too many to list. But most of all, I was changing as a person. I was slowly becoming a man. I am in no way perfect today. I still struggle with things every day. If there is nothing I can do to change it without negative consequences to myself or others, I give it to God. Sounds like a cop-out to the nay sayers out there, but it works my friends. Today I still prefer not to be alone, but in the very few cases that I am, I am okay with it. I always have God to talk to, and music is still a friend that will never say no and be anything you need it to be. It’s a happy song when you’re 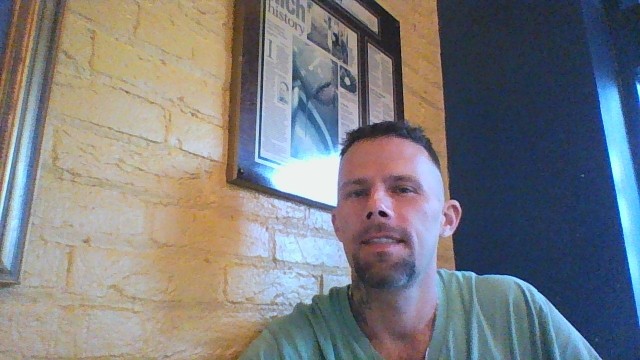 happy. It’s a sad song when you’re not. It’s a blues song when you wanna get it in, and a Dead song when you wanna try to remember being on tour. So be easy my friends, being alone is not all that bad. If you do it right, you are never really alone, even in a crowd. To those of you out there in the grip of it, I pray that today is the day your life changes forever as mine has. God Bless you ALL!!!

This is a text widget, which allows you to add text or HTML to your sidebar. You can use them to display text, links, images, HTML, or a combination of these. Edit them in the Widget section of the Customizer.

This is a text widget, which allows you to add text or HTML to your sidebar. You can use them to display text, links, images, HTML, or a combination of these. Edit them in the Widget section of the Customizer.
%d bloggers like this: